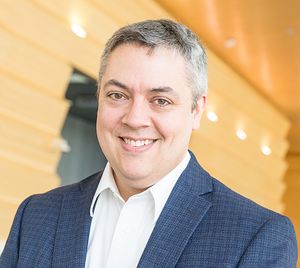 Benjamin Rivera has prepared and conducted choruses at all levels—from elementary school through adult, volunteer and professional—in repertoire from sacred polyphony and chant, choral/orchestral masterworks, and contemporary pieces to gospel, pop, and folk. He has served as Chorus Director and regular conductor of the Fort Wayne Philharmonic since 2013, and has appeared multiple times as Guest Chorus Director of the Grant Park Music Festival in Chicago and Guest Music Director of Chicago a cappella. Artistic director and conductor of Cantate Chicago since 2000, Rivera also serves as Music Director and Choirmaster of the Church of the Ascension and High Holidays Choir Director at Temple Sholom, both featuring fully professional ensembles. He began his work in our nation’s capital in the fall, taking on the position of Associate Conductor of GRAMMY-winner The Washington Chorus.

A member of the Chicago Symphony Chorus for over twenty seasons—including twelve as bass section leader—Rivera also sings professionally with the Grant Park Chorus. He sang for many years with Chicago a cappella and several other ensembles, appearing as a soloist on numerous programs, and singing on dozens of recordings.

Rivera has been on the faculty of several colleges and universities, directing choirs and teaching conducting, voice, diction, music theory, and history. In addition, he has adjudicated competitions (solo and ensemble), led master classes and in-school residencies, and has presented at the Iowa Choral Directors Association summer conference.

Especially adept with languages, Benjamin Rivera frequently coaches German, Spanish, and Latin, among others. He holds degrees in voice and music theory from North Park University and Roosevelt University, respectively, and a DMA in choral conducting from Northwestern University. His studies have also included the German language in both Germany and Austria, for which he received a Certificate of German as a foreign language in 2001; conducting and African American spirituals with Rollo Dilworth; and workshops, seminars, and performances in early music. In 2011, he researched choral rehearsal and performance practice in Berlin, Germany.